Thekchen Chöling, Dharamsala, HP, India – On learning that former Secretary of State, Madeleine Albright, had passed away, His Holiness the Dalai Lama wrote to her daughter, Alice Patterson Albright, to offer his condolences. 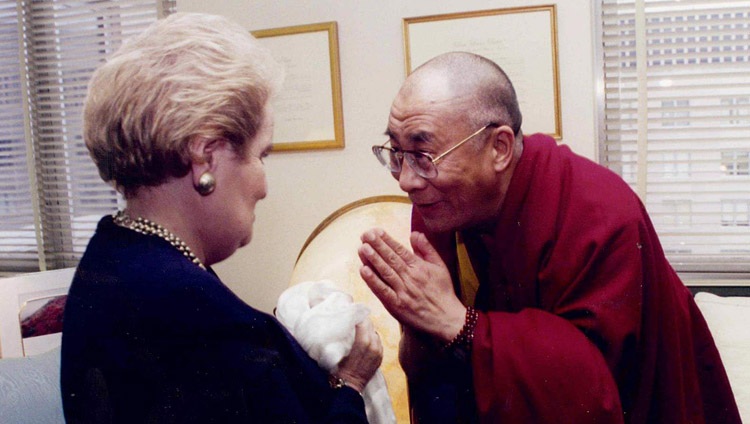 His Holiness the Dalai Lama with former US Secretary of State Madeleine Albright.

“She was not only the first woman to serve as the United States’ Secretary of State,” he wrote, “she served with distinction. Her being awarded the Presidential Medal of Freedom by President Barack Obama stands as a brilliant inspiration for others to follow.

“I had the honour of meeting her several times in the United States over the years, and also on one occasion in Prague in the company of President Vaclav Havel. I believe it was her own family’s background as refugees that gave her a deep interest in and support for the freedom and well-being of other people.”