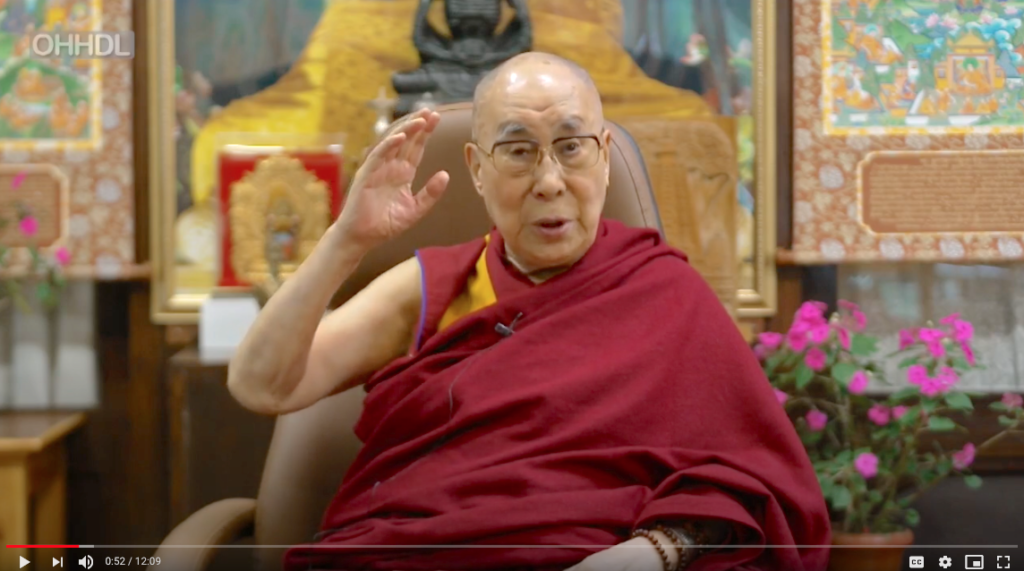 His Holiness the Dalai Lama speaking to religious leaders and followers in South Korea. Image: screengrab

Dharamshala: Addressing the religious leaders, Buddhist practitioners of South Korea on Sunday, His Holiness the Dalai Lama observed that while in olden times, Buddhism was practised in Asian countries, it is now widespread in the West where the Buddhist canons are now being studied for research in the scientific circles.

“I respect all religions, all religions help humanity, yet on the study of attitude and logic, none has been more comprehensive than Buddhism, particularly the Nalanda tradition. Korea, Japan, China, Mongolia are the upholders of it”.

His Holiness emphasised broader focus on Buddhist temperament and logic rather than a textbookish adherence.

“We are practitioners of a tradition that is characterised as not simply following all that is taught but examining through logic recorded and dictated by Buddha and other great Buddhist masters and scholars”.

The Heart sutra that is widely recited by the Buddhists in East and Central Asia discusses the nature of emptiness, however, it is crucial to understand the essence that is well captured by the Buddhist teachers, Gonpo Ludup Arya Deva, Dawa Dakpa in their texts, Uma Jukpa and Jukpa Rangdrel. His Holiness prescribed the texts for instruction on tolerance and recommended their translation into the Korean language if it was not available. Sharing its benefits in daily practice to build tolerance, His Holiness mentioned that he religiously meditate on these teachings and absorb its essence every morning to remind him of the emptiness of the ego.

Elaborating further, he pointed out scientific evidence within the field of Quantum physics that describes the phenomenon of the nature of emptiness in terms of the perceptive reality of the individual and the objective reality of a thing that says, there is no inherent meaning attached to any matter.

Finally, His Holiness concluded by calling upon all practitioners to derive the true meaning of Buddhism through the analytical study and examination of the Buddhist teachings.