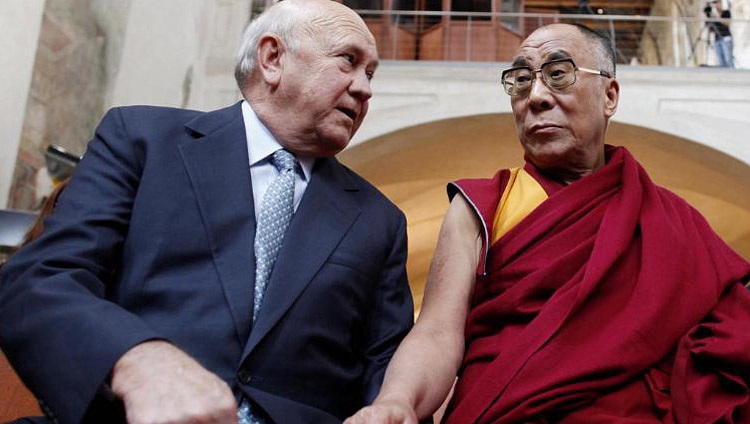 “He was a man of principle,” he wrote, “who worked relentlessly for the rights of every individual in order to achieve peace and harmony in society, whether in South Africa or elsewhere. I also appreciate that he oversaw the dismantling of South Africa’s nuclear weapons program.

“Over the years, we had the opportunity to meet at various forums in our collective efforts, as Nobel Peace Laureates, to promote better understanding among nations and peoples with the intention of building a safer, more peaceful world.”

In conclusion His Holiness wrote, “Although he is no more, we can take comfort from the fact that your husband lived a meaningful life.”