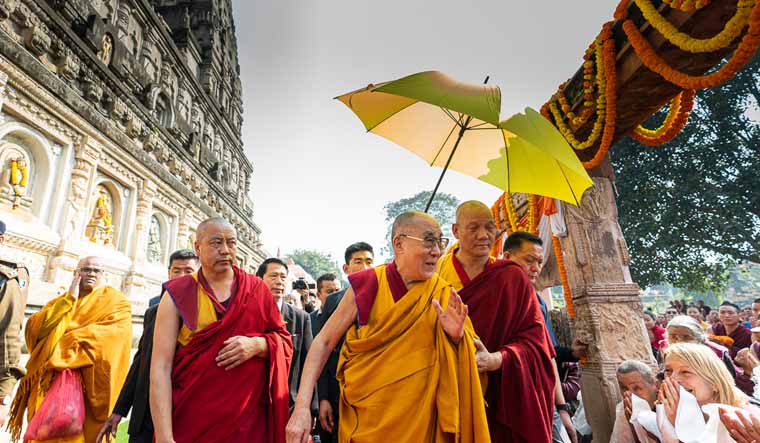 The story of Tibet under China has been one of suffering and suppression. According to the 70,000 Character Petition, submitted to the Chinese leadership in 1962 by the 10th Panchen Lama, over 90 per cent of religious institutions and cultural centres in eastern Tibet had been destroyed, and monks and nuns forced to marry and tethered to manual labour.

This happened before the disastrous Cultural Revolution during which nearly all the remaining monasteries on the Tibetan Plateau were destroyed, holy scriptures burnt and precious statues were either melted or taken away to China to be sold on the black market. Forced resettlement of Tibetan nomads and rampant environmental destruction continues. Tibet, the Third Pole, is under siege.

Since its occupation, the Chinese Communist Party (CCP) has never stopped its assaults on Tibetan religion, culture and the way of life. Though the wanton physical destruction had somewhat ended with the Cultural Revolution, Beijing follows insidious policies, including the Chinese Communist Party’s infiltrations into the monasteries to meddle in all decisions regarding religious affairs. Ideological education and fealty to the CCP are now mandatory for monks and nuns who only want to engage in spiritual practice.

Buddhism has played a fundamental role in Tibetan civilisation since the sovereign King Songtsen Gampo introduced it from India in the 7th century. Buddhism continues to be central to their lives today. Tibetans have deep reverence for their spiritual teachers and His Holiness the Dalai Lama in particular.

Tibet was an independent country and since 1642 the institution of the Dalai Lama has had an inseparable link to the country and its people. The successive Dalai Lamas have provided undisputed leadership, and especially His Holiness the Great 14th Dalai Lama holds a special space in the hearts and minds of Tibetans all across the world for his leadership and vision.

However, Beijing considers this as a rival to its authority. It should not. His Holiness’s long-standing position has been the welfare and the basic freedom for the Tibetan people; he has never sought personal privileges nor does he seek to usurp the Chinese government.

Nevertheless, Beijing’s attack on the Dalai Lama has been relentless—earlier calling His Holiness a “wolf in monk’s robes” and a “splittist” engaging in “anti-China activities overseas under the pretext of religion” as the Chinese Foreign Ministry spokesman Geng Shuang recently remarked.

What confounds someone like me, however, is the contradiction in Beijing’s outlook and action towards the Tibetan Nobel Laureate. On the one hand, China vehemently decries His Holiness while on the other hand it has nefarious plans to select and appoint his reincarnation.

Does the atheist CCP have any legitimacy on spiritual matters such as reincarnation? The answer can be found in its treatment of Tibetan Buddhists. In early 2012, the authorities in the so-called Tibet Autonomous Region (TAR) punished several thousand Tibetans, including many former government workers by detaining them and subjecting them to “re-education” after they had travelled to India to receive teachings by His Holiness the Dalai Lama.

In August this year, the Chinese authorities in TAR issued a notice that bans retired government personnel from visiting monasteries, circumambulating sacred religious sites such as temples and reciting prayers or mantras. China has banned Tibetan students and their parents from taking part in any religious activity during vacations, and also forcibly removed young monks from monasteries.

In August 2007, China issued the so called “Order number 5” as a means not only to control and undermine the Tibetan religious activities but ultimately to meddle in the selection of reincarnate lamas. The order states that the selection of reincarnations “…with a particularly great impact shall be reported to the State Council for approval.” This is obviously aimed at His Holiness the Dalai Lama and his future reincarnations.

Laughable as it may sound, Beijing is deadly earnest. It intends to select its own reincarnation of His Holiness the Dalai Lama, which is and will be a fundamental attack on the Tibetan people’s religious freedom.

Tibetan Buddhism has a long-standing tradition on reincarnations and their selection process. This has always been a part of their religious practice. In a historic statement His Holiness the Dalai Lama issued on his reincarnation in September 2011, he wrote, “Bear in mind that, apart from the reincarnation recognised through such legitimate methods, no recognition or acceptance should be given to a candidate chosen for political ends by anyone, including those in the People’s Republic of China.”

A special meeting convened in Dharamsala last October, which was attended by 340 Tibetan representatives from 24 countries, has passed a unanimous resolution supporting His Holiness’s statement. Furthermore, during his recent visit to Dharamsala, Sam Brownback, the US Ambassador-at-Large for International Religious Freedom, said, “We stand with the people of Tibet as they seek to preserve their time-honoured traditions including the right to venerate religious leaders of their choosing” and that “decisions regarding the selection of Tibetan Buddhist leaders rest with the Dalai Lama, Tibetan Buddhist leaders and the people of Tibet. Period!”

The 8th Tibet Support Group’s meeting recently held in the exiled Tibetan seat comprised 180 leaders from 42 countries. This had in-depth discussions on the issue of reincarnation, and it declared that “all decisions regarding the reincarnation of the 14th Dalai Lama are the exclusive responsibility of His Holiness the Dalai Lama” and people appointed by the Dalai Lama’s office.

In November end (November 27-29), a conference of the Tibetan Buddhist leaders was held in Dharamsala during which the spiritual heads discussed the issue of reincarnation and ways to uphold and continue the purity of this practice based on its long history and uniquely Tibetan Buddhist tradition and customs.

The conference—attended by over 100 spiritual leaders and representatives of various Tibetan Buddhist traditions—adopted a unanimous special resolution affirming that “The authority of decision concerning the way and the manner in which the next reincarnation of the 14th Dalai Lama should appear solely rests with His Holiness the 14th Dalai Lama himself. If the government of the People’s Republic of China for political ends chooses a candidate for the Dalai Lama, the Tibetan people will not recognise and respect that candidate.”

Reincarnations of Tibetan spiritual masters will continue, so will that of His Holiness the Dalai Lama, whose successive reincarnations have played a crucial role in Tibetan history for nearly four centuries.

Instead of meddling in Tibetan religious affairs, China should give Tibetans the freedom to engage in their spiritual practice and allow them to decide who should be their spiritual masters. Curtailing basic rights, including religious freedom in Tibet, will only breed further tension and instability, which, under the leadership of Xi Jinping, China strives so hard to prevent.